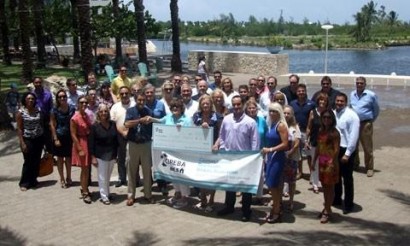 Derek Haines attracted another $100,000 donation just before his latest marathon run, in San Francisco on Sunday.

The Cayman Islands Real Estate Brokers Association handed over that amount to bring Mr. Haines closer to his hospice fundraising goal of $1 million for the year by running six marathons.

The check was presented to Haines at an event in Camana Bay on Tuesday attended by dozens of CIREBA members as Haines prepared to run the fourth marathon to raise money for the construction of a new Cayman HospiceCare facility.

This donation takes the amount donated or pledged to more than $600,000, with more donations expected in the next week.

"Derek is halfway through his marathons, but with the support of CIREBA’s professional agents and brokers, he is now two-thirds of the way towards raising $1 million for Cayman HospiceCare," said CIREBA president Michael Day of Regal Realty.

"Derek inspired us to bring CIREBA to the partner level of donations and give $100,000 over the course of the next two years. As leaders in Cayman’s real estate industry, we wanted to recognize someone else who is seen as true local leader, committed to his community." 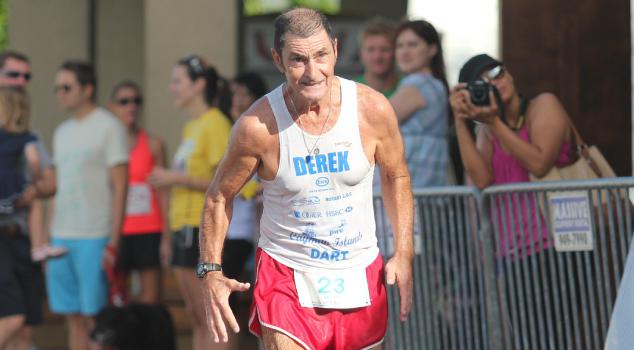 The partner level donation means CIREBA will be recognized with a room named for the organization when a four-bed in-patient care center is constructed in Camana Bay.

More than 175 CIREBA agents and brokers will be able to use the Cayman HospiceCare logo and label themselves as a "Supporter of Hospice."